Do you know the Spanish terms ‘la plática’, ‘el palique’, ‘el parloteo’ and ‘la charla’? They can all mean ‘small talk’! Small talk is an informal type of discourse or’ chatting that does not cover any functional topics of conversation or any transactions that need to be addressed. In essence, it is polite and informal conversation about unimportant things. Although this sounds like an easy thing to do – although not for every one-, it ends up a little more complicated to do in another language, like Spanish. Read: Small talk in Spanish: tips and vocabulary.

SMALL TALK in Spanish: The basics

First of all: don’t ever be afraid of ‘chatting’ or making small talk in Spanish and don’t be afraid to make mistakes. Generally spoken, native speakers of Spanish are friendly people, interested in talking and knowing other people. Apart from that: if you have committed to learning Spanish, remember speaking Spanish is the only way to learn to … speak Spanish. So the more opportunities you have to talk in Spanish outside your online Spanish classes, in real live, the better. 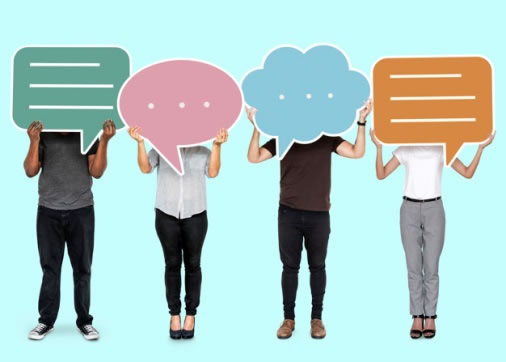 In this article, we will teach you all the basics about small talk in Spanish you need! Hopefully, this will help you to be more relaxed and less stressed out when to go to that party, meeting, or dinner.. Or any other moment when you have to make small talk in Spanish.

If you meet a Spanish person for the first time, it will probably be a “formal” introduction. This is common in the Spanish culture. People will give you a handshake and address you politely. Once you know a person better, it is still common to give handshakes, but also hugging or kissing on the cheek is very normal. Personal appearance is important in Spain. Generally people will dress elegantly and conservatively. Of course, there are differences between generations and the different provinces; city-life is always different from life in the smaller towns and villages.

Religion
Spain is one of the more religious countries in Europe. Maybe you come from a less religious country or environment. If you meet a Spaniard for the first time and don’t know their religious background, better be safe and don’t swear or use “the Lord’s name” in vain. On the other hand, the Spaniards themselves use rather ‘foul language’ (we will not quote here…). 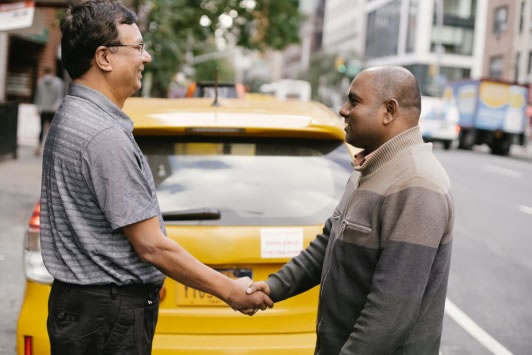 Gestures
If you’ve been to Spain, you’ll notice that the people talking to you tend to stand close to each other. Also, they will accompany conversations with a wide range of gestures. As you are not native to Spain, it is ok not always to understand these gestures. Gestures can vary from region to region. Don’t hesitate to ask about it if you have any doubts. Most Spanish people are happy to explain the meaning of the gestures to you a bit more.

Regions
In regards to Spanish regions, be aware of which part you are in. Some Spaniards can be very proud of the region they live in or the province they are from. Therefore, it is good to have some sensitivity for this when talking to people from Spain. For example, someone from Basque can be offended if you confuse them with a Catalan. And people in Barcelona certainly feel very different from people in Madrid (and the rest of Spain….).

Interrupting
In Spain, if you interrupt someone, it is not necessarily a sign of bad upbringing. On the contrary, it is a sign that the person you are talking with is interested and paying attention to the conversation. So don’t be concerned if someone interrupts you and certainly don’t take it as an insult. Spaniards interrupt each other frequently and talk at the same time.

Finally, it is recommended not to talk too much about your career and professional successes during the first conversations with a Spaniard, it can be seen as bragging. Instead, show off your character and personal qualities to earn people’s respect! 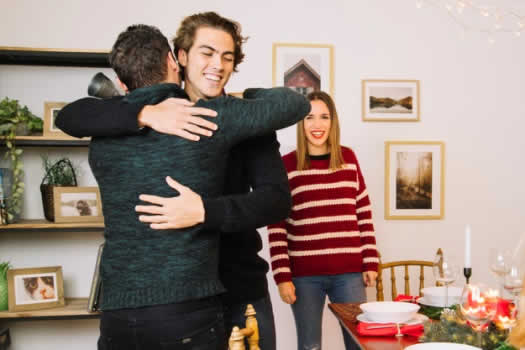 Latin America is very, very big! Every country and region has its own (Latin) culture, and there are quite a few differences between the different countries (and also, between the regions of one specific country).

On the other hand, there are similarities too. Based on some general thoughts about ‘the Latin culture’, we’ll give some tips about speaking ‘small talk’ Spanish in Latin America.

Hugs and kisses
In Latin America, it is very normal to meet people with hugs and kisses (in Argentina and Uruguay, this is both for women and men). Although it can be a bit uncomfortable if you are not used to it, it will be appreciated if you do the same. (note: in times of the Corona pandemic things have changed).

Personal space
Personal space is considered significantly different in Latin America then in most other countries, so don’t get mad if people get in what you would call your personal space. For Latin Americans, it is just normal, and they don’t consider it rude!

Personal boundaries are less rigid in Latin America. Even if you meet someone for the first time, you will learn a lot about this person’s personal life such as health, family and other relationships. Or, you can even be introduced directly to this person’s family and extended circle of a friend! If you open up about who you are as a person, you will meet many new people (and call them your friends) quickly.

> Matters like this are discussed in a course Business Spanish

Countries and regions
As it’s recommended to be sensitive to regional differences in Spain, there are also sensitive subjects in Latin America. If you are from the USA, don’t refer to the USA as America, as “America” includes North, Central ánd South America. This means that ‘American’ refer to people living in all those regions and not only people from the USA.

Being specific with identifiers, especially someone’s country of origin, will help avoid cultural misunderstandings around labels that may have a sensitive history.

Be aware that Latin America is a huge region with different cultures, traditions and local languages such as the widely spread Quechua in countries such as Peru, Ecuador and Bolivia. The Spanish itself isn’t the same all over Latin America; there are many accents and Latin American slang (you can download an e-book here).

Don’t worry if you don’t understand people completely, even if your Spanish level is very high. People will be thrilled to explain the meaning of the slang from their country or region. They will be proud to help you out.

1. Introductions and greetings in Spanish

3. Talking about The weather in Spanish

4. Talking about Hobbies in Spanish

6. Talking about Professions in Spanish 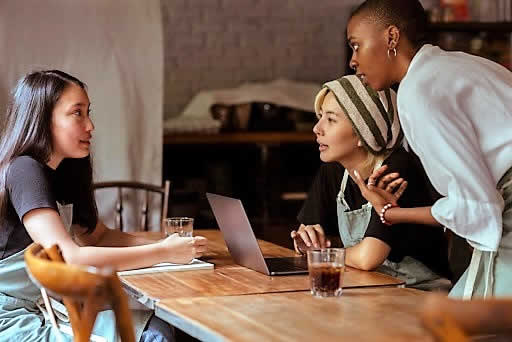 With all this Spanish vocabulary you will be able to make small talk to people in Spanish. Remember that small talk can be the beginning of a friendship or even of the love of your life. And of course, it is the perfect opportunity to practice your Spanish skills! Do you still have question about small talk in Spanish? Or about any other topic in Spanish? Spanish Online offers online Spanish courses including Online Spanish courses for any topic you are interested in! Don’t hesitate to contact us for further information.

Are you interested in food and cooking? Make sure to check our Cooking Vocabulary Blog! More vocabulary blogs?  Learn Spanish Idioms or check our  great list of Christmas Vocabulary in Spanish 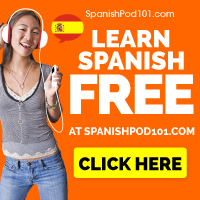 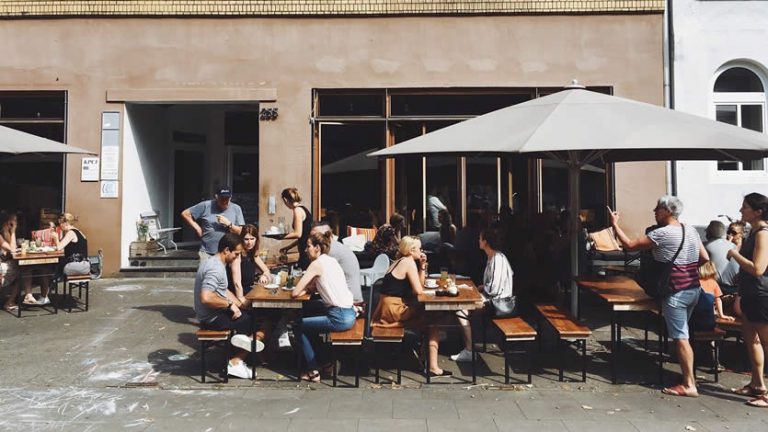 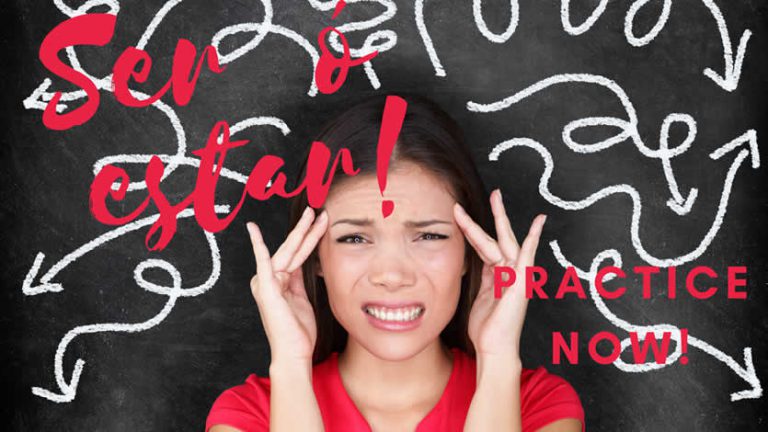